Sameer to run away from his house to meet Naina; to get deserted in Yeh Un Dinon… 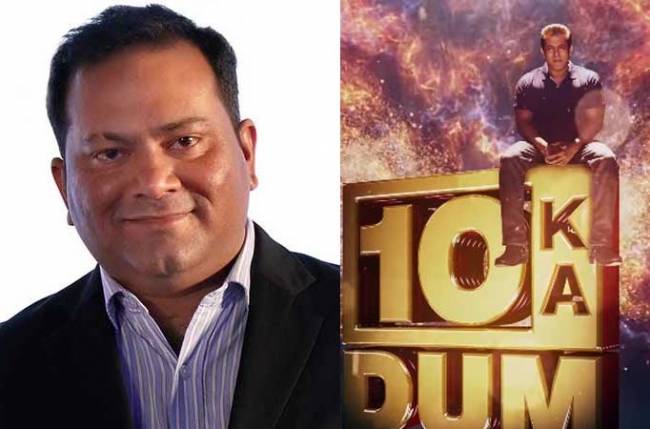 Mumbai: Sony TV is all geared up for its another set of innings with a line-up of interesting shows like the return of Kapil Sharma with Family Time With Kapil and the 3rd season of megahit series 10 Ka Dum.

Recently, the channel even launched an app for the reality game series 10 Ka Dum to create a database for the questions that will be asked in the episodes. Danish Khan, the Business Head of Sony TV, says it is the pillar of the content.

In an exclusive conversation with businessvoip, Danish spoke about the upcoming season of the game show, Salman Khan and Sony TV. Read on-

The reality series was a hit when it was released. It was on a break post two seasons. After nine years, the series is coming back with its third season with Salman Khan as the host. Interestingly, Danish, who returned to Sony TV three years back, is clueless why the show took so long to come back.

“I was with Sony when the show was launched. It was successful. However, I don’t know why it didn’t return. When I rejoined three years ago, it was one of the shows that we wanted to bring back. It took us long to bring the show back as we wanted India’s opinion unbiased; it was exhausting,” Danish says.

“In these three years, the team was working on this app, the technology, and renovation of the concept. It was in making since three years,” he adds.

As mentioned above, the third season will also see Salman as the host. The channel was very particular about having him on board.

Speaking about the 52-year-old Bollywood superstar, Danish says, “He was our first choice. Primarily because I believe that the DNA of the host and DNA of the show should match. The show is not about organized or bookish knowledge. It is all about life experiences. You can win the show only if you have the instinct understanding of the society, which comes from experience. It can’t be a 20-year-old guy.”

“We wanted someone who has lived life, who has anecdotes to share. For a show like this, you need a mature person; someone who is humourous and can connect with the masses. For this, I can only name – Salman,” he adds.

Reminiscing the meeting, Danish shares that when the team pitched the idea to the Dabangg fame actor, “he was really excited” to be a part of the project.

With Danish’s return, a lot of old faces and shows are also returning to the GEC. It all started with Kaun Banega Crorepati followed by The Kapil Sharma Show (Kapil rose to fame due to his stint with the comedy show on the channel) and now 10 Ka Dum.

Danish has no plans to revive any other old series; he has something else in mind.

“I’ll say we have learnt a lot from Boogie Woogie and applied our learning in Super Dancer. We did few changes, added certain elements but the basic plot has remained the same. There was a show called Movers and Shakers and that is how we did Kapil Sharma show. Some shows have come back with the same name, while some have returned with the brief. I believe old concepts that have worked well can be executed fresh,” he explains.

Talking about the channel, Danish feels that the GEC is delivering the promises that it made to its audience.

“In Mumbai, we are the undisputed number one since last few months. Viewership wise we have been in a right zone. Our commitment towards our audience was to give them variety, quality, and quantity. If you observe our channel, we have varied content, novelty and a lot of variety,” he says.

“2018 is the year we will put our programming idea into play. We will have full-fledged programming slot and hopefully do well,” he concludes.