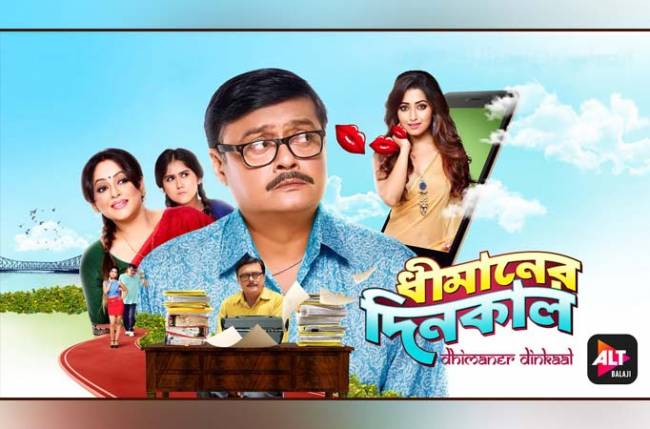 ALTBalaji announces the release of its first Bengali regional show Dhimaner Dinkaal. Directed by Saugata Nandi, the digital show will have celebrated Bengali talents in the lead including Saswata Chatterjee, SreelekhaMitra, Khoraj Mukherjee and Sudipta Banerjee. Dhimaner Dinkaal is a story of an ordinary man who lives a life of simplicity away from the madness of technology and internet. The show will explore how his life takes an unexpected turn when he is forced into embracing the new world of technology.

“ALTBalaji is a repository of exclusive and original digital content in Indian languages today. After launching with 6 Hindi and a Tamil show, it has come up with DhimanerDinkaal, a Bengali show starring Saswata Chatterjee. Dhimaner Dinkaal is the extraordinary story of an ordinary man. It is a story that will be a favourite for Bengalis in and out of India.” said Nachiket Pantvaidya, CEO, ALTBalaji.

Film Kahaani famed actor Saswata Chatterjee plays the lead role of a simple man Dhiman in Dhimaner Dinkaal. Dhiman is confined to his old habits; he still believes that internet and modern technology are just a farce in third world countries. Dhiman lives in a contrasting world where his wife’s and daughter’s lives are dominated by internet but he prefers to breathe in a space devoid of technology. What happens when he is forced into the digital world? When his life turns upside down because a stranger enters via social media, will he be able to maintain his sanity?