All Sarabhai characters are close to reality, says Aatish Kapadia 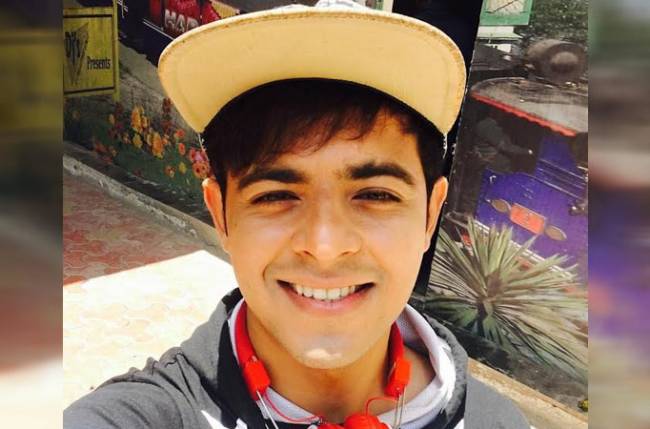 You have seen this charmingly young actor play the character of DJ Bunnu in Life OK’s Har Mard Ka Dard (DJ’s Creative Unit) and he is everything talented!

Earlier, had reported about Akash Makhija bagging a key role in Chetan Bhagat’s movie ‘Half Girlfriend’.
Further in a chat with us, Akash talks about his big screen excitement and other projects…
On getting a role in ‘Half Girlfriend’, he says, “It was very sudden. And I wasn’t expecting it at all. Mukesh Chhabra (Casting director) spotted me at an event. The next thing I knew was a week later; he came to me saying I was locked for a role in the movie by him and Mohit sir (Suri). It took me a moment to realize that I was part of a big commercial project suddenly.”

When asked about his role in the movie, Akash replies enthusiastically, “Arjun Kapoor’s character Madhav Jha has a group of four best friends in St. Stephen’s college, and I’m playing the role of one of his best friends, Raman Yadav. Shooting along with Arjun was really fun and a great learning experience. I was surprised how humble he is when he approached me on the first day of the shoot and asked me what I do. He celebrated his birthday with us which was a surprising gesture. I don’t really have any scenes with Shraddha but I find her very calm and down to earth on set.”

On his own character of Raman Yadav, he says, “I am Sindhi and the character is Bihari, so there’s a lot of difference. Before we started shooting, they made us learn the Bihari diction. And it went really well.”

Akash’s busy schedule is something to look out for. “I am grateful that I have good opportunities coming my way.
I’ve done cameos in SAB TV’s Chidiya Ghar. I was shooting for Har Mard Ka Dard and Half Girlfriend together. I am also shooting for a short film ‘Awaal!’ directed by Sayan Sur Roy. I play the role of a 16 year old Muslim kid named Niyaaz in it. Saqib Saleem is playing the role of my elder brother in it.”

Looks like everything is picking up pace for Akash Makhija!

We wish him all the very best for his future endeavours!