Fire on ‘May I Come In Madam?’ set halts shoot 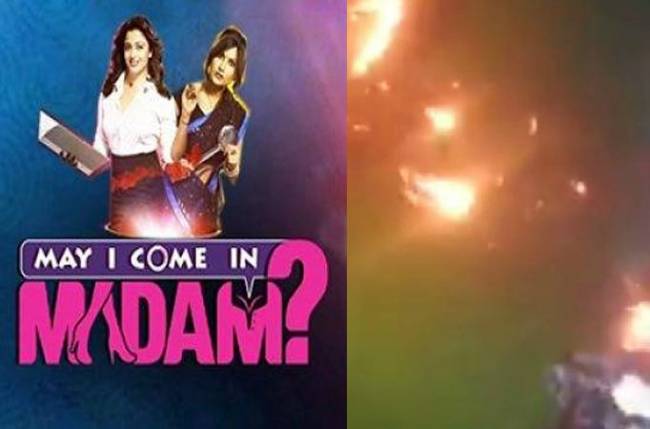 A fire incident halted the shooting of popular comedy TV show “May I Come In Madam?”.

During the shoot on Monday, several high-intensity lights exploded, leading to a fire which stalled the shoot for more than four hours.

Actress Nehha Pendse, who plays Sanjana in the show, said in a statement: “Yes, the set caught fire as the lights on the set busted. Luckily, the production team had fire extinguishers on the set and they put off the fire.”

“The shoot was on halt for a couple of hours due to the incident, but thankfully no crew member suffered any burns or injuries.”