Chulbul’s reality to come to fore in Dil Boley Oberoi 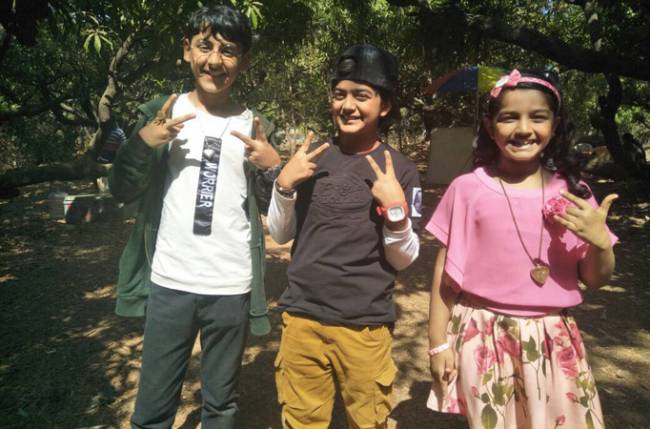 Produced by Contiloe Productions, the kids fantasy show Rudra Ke Rakshak on BIG Magic is engaging viewers with its spellbinding concept. The talented child artists on the show have been praised among the masses for their acting skills and finesse.

Well, just like their onscreen chemistry, the child actors bond very well off-screen as well. The main protagonist Avi played by Yash Sehgal and his clan Maya and Vishu aka Mahi Milan and Mohmd Saud respectively, are best friends’ onset of the show. A source close to the production house informs us about their friendship, “The three musketeers are always seen together just like their onscreen story in the show Rudra Ke Rakshak. Over the period of time they have become really good friends and they like spending time with each other over shoot breaks. In fact they also go on outings together during their day off from shoot.”

It is always great to see kids having fun while they work and the happiness adds on when you see they bond the same way off work as well. Yash Sehgal has found new best friends in Mahi and Saud, “Initially I was shy and would not talk much with my co-actors but in no time we all bonded really well resulting into best friends now. Right from studies to outings to having fun on set, we three are always seen together. I love the company of Vishu and Maya” concludes the actor.

Is this not cute! We wish they stay best friends forever. To watch the phenomenal performance of these talented bunch of actors stay tuned to Rudra Ke Rakshak every Monday to Friday at 6:30pm only on BIG Magic.