From cooking on set to a takeaway joint, Sakett Saawhney gets into the culinary circuit.

It took me long to find Anurag but not Prerna: Ekta Kapoor

What! Karanvir Bohra allowed to carry phone inside the Bigg Boss house? 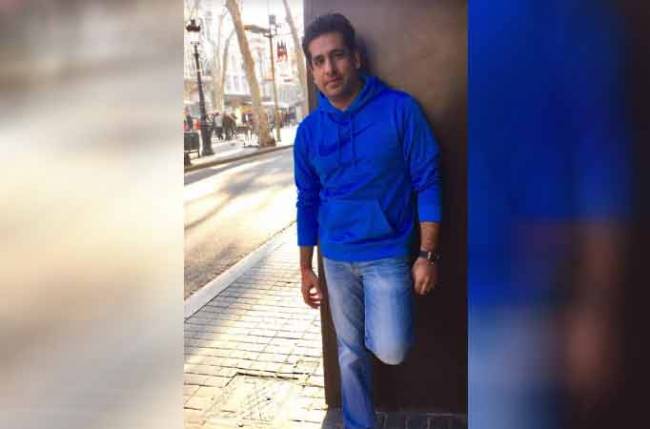 Producer Sakett Saawhney is coming up with a takeaway joint. But very few know that the idea behind the venture actually came up while he was shooting a film. “I used to cook during the filming of ‘Zanjeer’. We had this tradition that in each shoot schedule, one HOD / artist would cook and get food for the crew. Apoorva, Ram Charan, Sanju Sir and I all took turns and cooked food and had it on the sets,” he says.

He adds, “This is where cooking struck to me as an unexpected hobby. Over the years, it grew into a passion. In times of stress, I would take up cooking and it ended up being really therapeutic. A lot of my friends pushed and encouraged me and I managed to start food blogging on Instagram under the handle name @swadsekarengesabkaswagat.”

Instantly, he had a lot of followers. “The word spread and my posts got positive feedback from my friends and followers alike. My friends Shabir, Rohit, their spouses, Mushtaq, Karan Patel. Ken Ghosh and Sanju Sir have been supporting my food for a long long time and their honest feedback helped me get better at my cooking skills. I also host ‘Cook up Nights’ with a few friends over and make them have new recipes from time to time. At one of these food nights, an old college friend of my wife ‘Ritesh Patel’; who has dabbled in a few hospitality ventures and has a listed real estate company inquired if I was interested in transiting this passion professionally,” he says.

The idea appealed to him immediately. “I jumped up at the thought and the idea of a Take Away Restaurant took shape. Next day, Ritesh cut a cheque and the work began. It’s named Big Bang Cuurry and it’s going to be a Order in/ Take Away Restaurant to start with, which will operate from evenings into the wee hours. It starts operations on 10th October and will be serving Indian Cuisine,” he says.