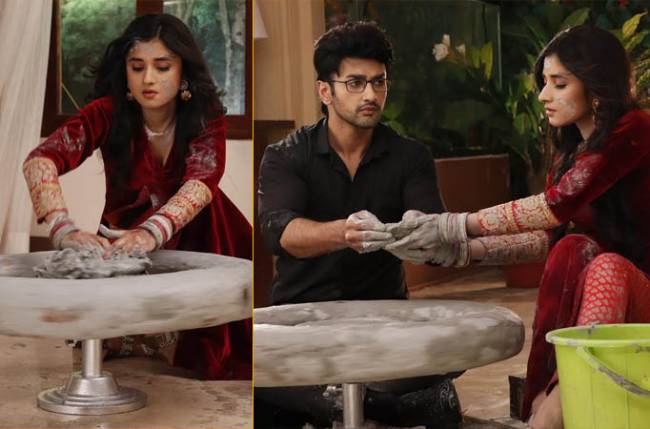 MUMBAI: Audiences have seen her as the bubbly and chirpy Guddan on the show but Kanika Mann is not just a fabulous actor but a talented artist. With the festival of lights being celebrated all across the country, the cast of Zee TV’s Guddan…Tumse Na Ho Paega has been shooting for a major Diwali sequence filled with unexpected twists and turns.

In one of the scenes, Lakshmi (played by Rashmi Gupta) and Saraswati (played by Sehrish Ali) break all the diyas and put the blame on Guddan for ruining their Diwali. But Guddan decides to take the situation in her hands and starts making clay diyas by herself.

While Guddan will be seen struggling with crafting of the diyas on screen, Kanika thoroughly enjoyed it. She revealed that she has taken a few pottery classes in the past and finds the art very soothing to the soul. “It was just sometime back that I developed a penchant for pottery. As a hobby, I used to mould clay pots and small artefacts but could not continue due to long working hours. But my excitement knew no bounds when I was asked to do pottery for one of the sequences and got a chance to brush up on my pottery skills. I also got a helping hand from my co-star Shweta Mahadik who is also a fine artist.”