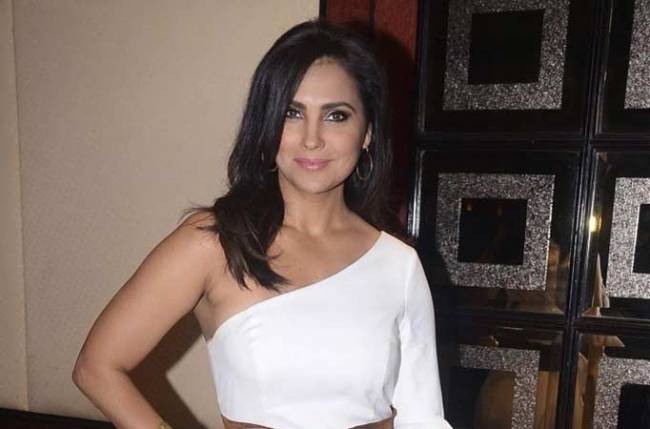 Mumbai:From winning the Miss Universe crown to navigating her way in Bollywood, coming up with a prenatal yoga series and now debuting on television, Lara Dutta Bhupathi has enjoyed various roles in showbiz. She says with increasing participation of women behind the cameras, there’s a change visible in the entertainment industry.

“I think the whole scene is changing because of more participation of women, and so there are that much better-written parts that women are getting in films. I think the younger lot — Alia Bhatt, Anushka Sharma, Deepika Padukone and Kangana Ranaut — they are really lucky to be a part of Indian cinema at a time when more women filmmakers are telling stories that deserve to be told. This is only improving the image of our women in Indian cinema,” Lara told IANS in an interview.

She pointed out how since she produced the film Chalo Dilli, the number of female filmmakers has increased.

“They are coming up with the right story and thankfully, studios are ready to invest money and taking female filmmakers seriously. On the other hand, actresses like Kangana and Anushka are also producing their own films. I think that is how we are getting more and more empowered,” she added.

While some of the iconic filmmakers like Mira Nair and Aparna Sen have represented Indian cinema on the global platform in the past, in the last few years names like Zoya Akhtar, Alankrita Shrivastava, Gauri Shinde and Konkona Sen Sharma have gone behind the camera for movies.

Actress Anushka has backed some offbeat films like NH10, Phillauri and the latest is Pariunder her home production, while Priyanka Chopra is producing a slew of regional films. And who can miss out Ekta Kapoor!

Though heroines tend to get typecast in a mother’s role after a certain age, it is interesting how at 39, Lara gets to play a strong professional like her part as a lawyer in Azhar, and as an art gallery owner and curator in Fitoor.

On this, she said, “I never made a strategy to choose a certain kind of role, but yes those are the kind of roles I am offered. Maybe, filmmakers believe that I can bring something more to such characters in a film. Honestly, I do not analyse them that much. I think that is why I have done a variety of roles from a lawyer to a village woman and a mad character in a comedy film like Singh Is Bliing.”

On what sets the show apart, she said, “The fact is that in our country, there are many relationships in the family that maintain a certain distance all their life. Our society works that way. And I think to an extent the mainstream Indian television played it to the gallery.

“In our show, we are breaking the stereotypical equation of such relationships. Here, a brother-in-law is coming with his sister-in-law and saying what a friendly bond they share, through their dancing.

“This will create a huge impact among many people out there in the audience to come out and celebrate family bonds. This show will bring a new perspective to the traditional mindset of family relations.”

According to her, that is the most interesting element about being a part of the show.

The show, also featuring Ahmed Khan and Dana Alexa, an international dancer and choreographer as judge, is starting from Saturday (18 March) on &TV.