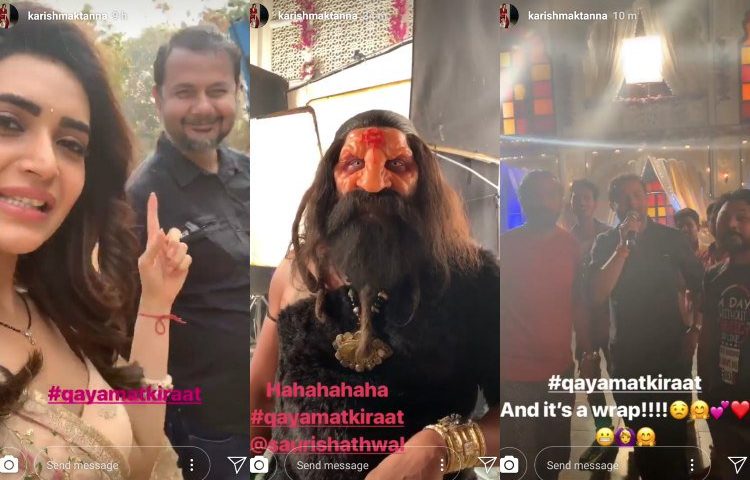 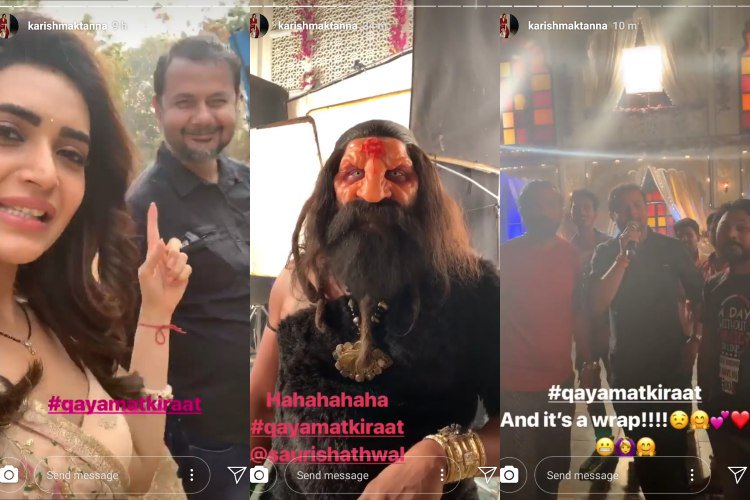 MUMBAI: Sad news for the viewers of Qayamat Ki Raat! The Star Plus series is all set to bid adieu to the audience and the team has completed the shoot for the show.

With its gripping storyline, unexpected twists and turns, and chemistry between Gauri (Karishma) and Raaj (Vivek), the TV series kept audiences glued to their television screens every weekend. Other characters like kalasur (Saurish) and Sanjana (Madhurima) were equally popular.

The team wrapped up the shoot yesterday and Karishma took to social media to share some pictures and videos of their last day on the sets. Check out the pictures below: