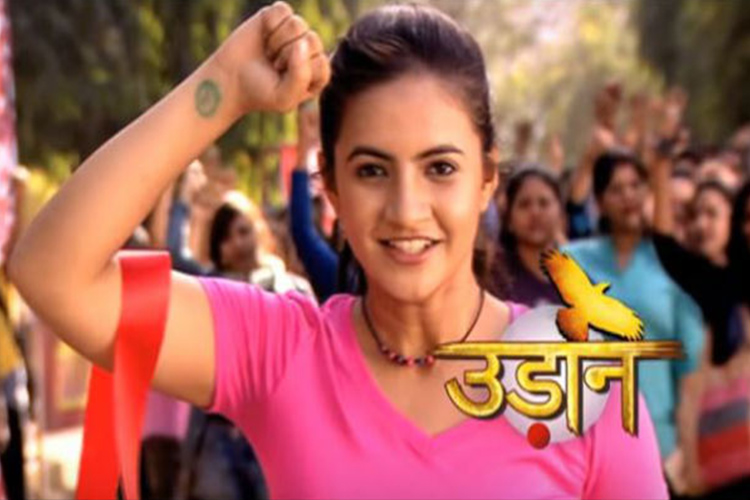 MUMBAI: As we approach the end of this eventful week, Telly update brings to you a platter full of scoops on your most loved television celebrities.

On one side, we have the charming Ruslaan Mumtaz sharing one out of many shades of an actor while on the other hand, we have news of Rohit Reddy praising wife Anita Hassnandani, Dheeraj Dhoopar backing out of a show and a lot more.

So what are you waiting for? Checkout today’s bunch of Telly updates–

It’s rightly said, life of an actor has many unsaid and unspoken shades. Well, actor Ruslaan Mumtaz, seen in Bollywood flicks like MP3 and TV soaps like Kehta Hai Dil Jee Le Zara, recently shared a post on his Instagram handle which clearly showed one of the shades of an actor’s life.

The handsome Karan Tacker is not keeping well. The actor, who began his career with Star One’s Love Ne Mila Di Jodi is ill. He recently took to his Instagram handle and shared about his ill health. businessvoip wishes him speedy recovery.

Key to a happily married life is– “Wife is always right and never leave a chance to praise your wife.”

Well, it seems like Rohit Reddy is all praises for his wife Anita Hassnandani. Rohit recently took to his Instagram handle to share how Anita is like an inspiration to him and he feels inspired by her journey. Well not just Rohit, even we are inspired.

As Applause Entertainment is gearing up to make an Indian version of British television drama series Criminal Justice, the makers are all set to keep the audience hooked to their TV screens with a stellar cast.

The series is directed by Tigmanshu Dhulia and produced by BBC India. The cast of the show includes Jackie Shroff, Vikrant Massey, Pankaj Tripathi, Mita Vashisht and Anupriya Goenka.

Dressed as Shiva, a tall and lean actor walked in on the sets of a recently held television awards gala and it took us a while to recognize the person. It was Kavach actor Vivek Dahiya whose brand new fantasy thriller Qayamat Ki Raat will release this Saturday walked in bare chest flaunting his chiseled body.

Vivek, who’s taken home the trophy of dance reality show Nach Baliye, performed Tandav on Bolo Har Har track from the movie Shivaay at the awards night and nailed it.

Popularly known as Lali from Fukrey, Manjot Singh, who started his career with the movie Oye Lucky! Lucky Oye, is all set to enter the web space.

We wish the actor all the luck!

Comedy Circus is all set to return to the television screens after a four year hiatus. And the one thing that remains the same in this season of the show is the panel of judges, which will once again comprise of Archana Puran Singh and Sohail Khan.

Now the news coming in is that actor Dheeraj Dhoopar has opted out of the show. As per the media reports, Dheeraj has backed out of the show at the last minute and Anita has been roped in to replace him.

Dheeraj was quoted in the daily saying that he realised during rehearsals that he had to devote more time to comedy and because of his packed schedule due to Kundali Bhagya, he had no option but to bow out of the project.

(Also Read: I am protective but not a possessive husband: Dheeraj Dhoopar)

VOOT is all set to bring its second edition of It’s Not That Simple after the successful completion of the series. After the unparallel success of its plot and performances in Season 1, its sequel will touch upon bold and powerful themes centered on the lead character – Meera.

Taking about her character in the series Swara says, “It’s Not That Simple has always been one of my favourite shows and it feels great to be a part of its second season. It is nice to see how the story has developed in this new edition that introduces newer conflicts in Meera’s life. I find Meera as a character extremely interesting and I am really excited to be back on the show.”

“This season highlights Meera’s struggle to create her own identity in the corporate world. I am very happy that Danish returns as director for this season as well. I don’t think anybody else could step into his shoes for a show like It’s not that Simple,” further adds Swara Bhaskar.

Here’s first look of Swara from the series–

Colors’ Udaan to witness the RETURN of this major character…

Colors’ Udaan started off with young Chakor, played by child actor Spandan Chaturvedi, whose character started off as a means to make dreams come true and overcome fear while doing so.

While a lot has transpired ever since, a recent dream sequence has enabled Spandan to return to the show as the grown up Chakor (Meera) will be having flashes of her childhood.