Listening to Mahalaya programme on Mahalaya is a must: Ishaan Mazumder 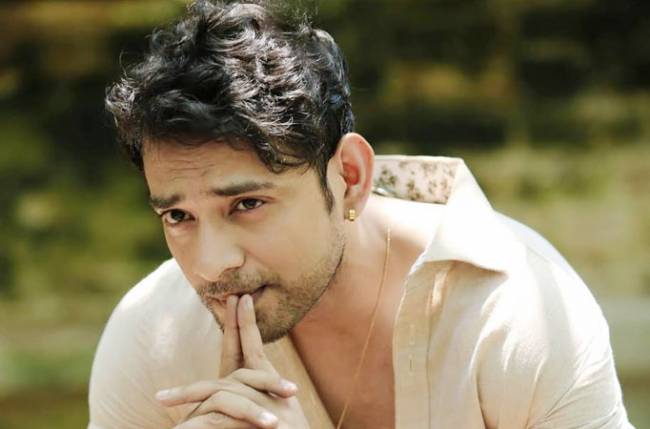 Actor Ishaan Mazumder, who essayed the male lead role in the Bengali film Postmaster and daily soap Dashi, says that listening to the Mahalaya programme on the occasion of Mahalaya is a must.
The actor has stayed outside Bengal for many years but made sure not to miss the Mahalaya programme on the special day. Reminiscing those days, he expressed to , “When I was in the States, I used to call my mom on Skype to know about the date of Mahalaya. Listening to the Mahalaya programme while walking on the roads of US was a different experience!”
He continued, “And during my stay in Bangalore, I used to listen to Mahalaya programme before going to office. The occasion of Mahalaya is incomplete if I do not listen to the programme. In Bangalore, we had a Bengali association. I used to participate in the programme organised by the association on Mahalaya. I specially used to sing the song tobo achinto.
For the uninitiated, Mahalaya is an occasion observed seven days before Durga Puja, the biggest festival of the Bengalis.
Speaking about the Puja plans, he said, “I will be busy cutting ribbons at some of the events and then there are some shows wherein I will be singing songs. I have reserved the last four days of the occasion for my family. So, I have some plans with them.”
Ishaan also mentioned that he has a band and they practice on Sundays. So, we asked if he ever got the opportunity to utilise his singing talent for any cinema or serial, he said, “I haven’t yet got any such opportunity in Kolkata. But I have sung for Kannada film industry.”
Talking about his upcoming projects, he said, “After working in films like Postmaster and Ebar Jombe Moja, I would like to act in a dark genre movie because that’s my favourite. Talks are on for a short film and I will do a full length film post Pujo.”
Ishaan was last seen in the serial, Milon Tithi.
Keep visiting this space for more updates.