Radha and Krishna will come alive this Janmashtami

‘She’ is the OTHER woman in Mohsin Khan’s life… 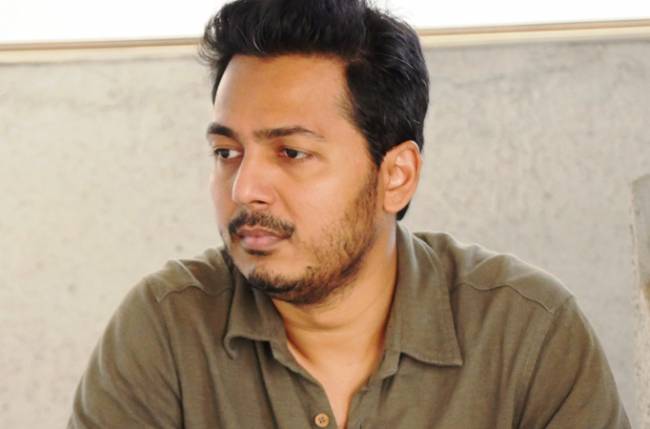 Manish Singh, the writer-director of the film started his career with a hit show CID and later penned for FIR, HEROES and the list goes on. The title of the film sounds very catchy and the script is just flawless and keeps the audience intrigued. The film deals with a serious issue Seasonal Affective Disorder (SAD) but it doesn’t miss to entertain.

Season’s Greetings is now in the list of award-winning films and is very special to the writer-director for various reasons. He took more than two years to complete the 14 minutes short film and yet he says “Ye film mere baayein hath ka khel tha”. On being asked the reason behind this statement he reveals the secret which is quite amazing. He was so engrossed while writing the script that he didn’t realize he started writing it with his left hand. His passion for films is so strong that he kept waiting for different seasons to shoot and continued working on it for more than two years. He started shooting it in the monsoon but wasn’t satisfied with it. So he asked the monsoon for a 2nd take and shot it again the next monsoon. The film is also blessed with the seasoned actor R Madhavan who has given his voice for the film.

Earlier he had tasted success with his short film “Sucks’ story” which won the Talentrack Award in 2017. The film was highly appreciated by the audience and among the film fraternity.

On being questioned about his next project he didn’t reveal much. He said “well it’s too early to talk about it. I am working on my feature script along with a few more short stories.” His style of scripts will never fail to amuse the cinema lovers and we wish him best for his future projects.