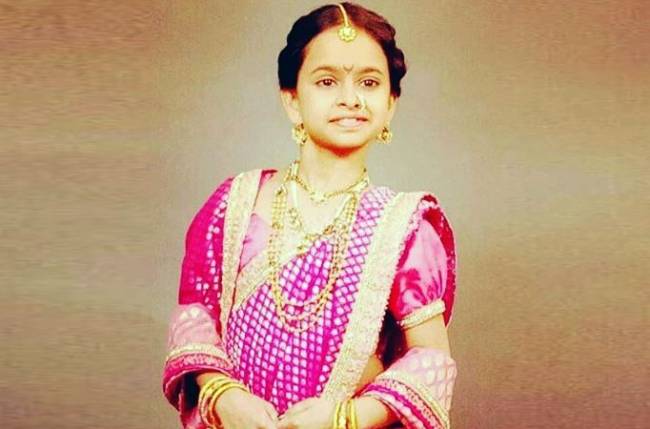 She was appreciated for her exceptional dancing skills, the Super Dancer contestant Dipali Borkar is all set to make her acting debut with Sony Entertainment Television’s ongoing show Peshwa Bajirao.

The multi-talented kid has left no stone unturned to wow the audience and judges with her cute antics on set of the dance reality show. Dipali will be now playing the character of Kashibai. The young actress says Priyanka Chopra’s act as Kashibai in the blockbuster movie Bajirao Mastani has inspired her for the role.

“I have seen the movie Bajirao Mastani. I saw Priyanka Chopra maa’m in the movie. Her acting has inspired me and I also followed her for my role. I never imagined that I will be selected for the role of Kashibai in Peshwa Bajirao. It’s a dream come true,” shares Dipali.

Talking about some crazy fan moments, Dipali says, “I don’t go out because a crowd gathers to see me and click pictures with me. I have to cover my face and go everywhere. They still manage to find out that it’s me. Sometime when they ask me if I am Dipali, I lie to them and say I am Dipali’s younger sister. But still they click selfies with me.”

When we ask about her favourite actor and actress, she avers, “I like king of Khan ‘Shah Rukh Khan’. I have seen Happy New Year, Kuch Kuch Hota Hai many times. I love his acting and dance moves too. Madhuri Dixit is my favourite actress because I like her expression and I like Deepika Padukone too.”

Now, we know whom she follows and get those amazing moves and expressions.

We wish you great luck girl!