An FM channel organizes screening of ‘Sanju’ for its listeners 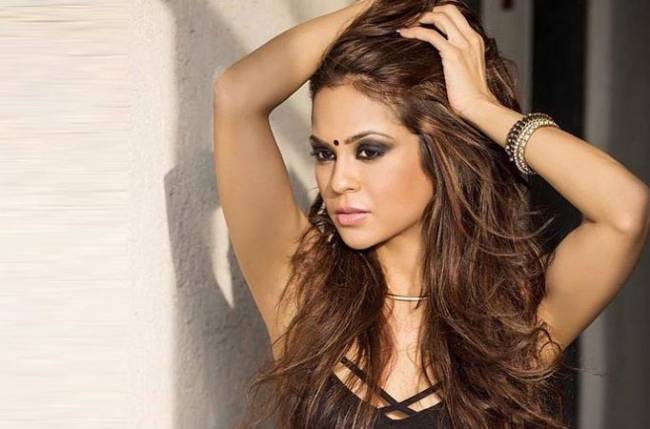 MUMBAI: Actress Sana Saeed had a dream Bollywood debut in Shah Rukh Khan and Kajol-starrer Kuch Kuch Hota Hai in 1998. But the Student Of The Year actress says she will never “back out” from the television industry as she feels TV projects, mostly reality shows which she describes as “crash courses”, have given her a lot of opportunities.

Asked about it, Sana told IANS in a telephonic interview from Mumbai, “I feel that as an actor, these (reality shows) are crash courses for us where we get to learn dance in three months.”

“Who will teach me 18 dance styles in three months and teach me 10 hours a day? Reality shows are best way of growing. For instance, Fear Factor made me fearless as an individual.”

She doesn’t like to take up daily soaps as she feels they would restrict her from doing other projects.

“So, I don’t look at TV as stress. I see it as a lot of growth. These are all things that I have been able to accomplish on television. There’s no way I would back out from a medium that has so much to offer. Every house in every village has a TV. You get to connect with such a wide audience,” she said.

The TV audience will soon get to see her comic side on the show Comedy Circus Returns.

Generally, actresses are included in comedy shows to increase the glamour quotient. How comfortable is she about it?

“I am not going to just add glam quotient to the show. I am doing a lot of variations and having a lot of fun. I get to do things like change my voice and play an old character.”

“We don’t get to do so much of variation when we do movies,” she said.

Talking about something new, she has used her passion for fashion to come up with a capsule collection for ISU by Zapyle.

“I feel life is all about trying out new things and making new accomplishments as you grow. I feel this is another feather in cap,” she said.

She along with Rashi Menda, founder of Zapyle, has curated the styles and patterns of the ‘The Last Fling with Summer’ collection for millennials.

“I am a lover of the 1980s and colours. So, we have a lot of that. We also believe in being comfortable in what we wear. The collection is trendy and comfortable,” she said.

Would she like to do more in the fashion world?

“It’s just that being a girl, this is something that interests me a lot,” said the actress, who describes her wardrobe as “girlie and experimental”.

She also has a movie in pipeline.

“My film Social Media Murder Society will be out in late 2018. Comedy Circus will be going on floors soon, I have another movie that I will start shooting for by the end of this year,” she said.

“I also have an amazing photo shoot. I have styled myself for that. It’s a retro look.”

Sana had taken a break for a brief period.

“I wasn’t here for a year and a half. I was doing a filmmaking course in the US. Now, I am in India for some time and I have all these things happening,” she said.

“I will go back for my direction course. I want to complete my masters in filmmaking course.”