Sunny Leone shares goofy pictures from the sets of Splitsvilla! 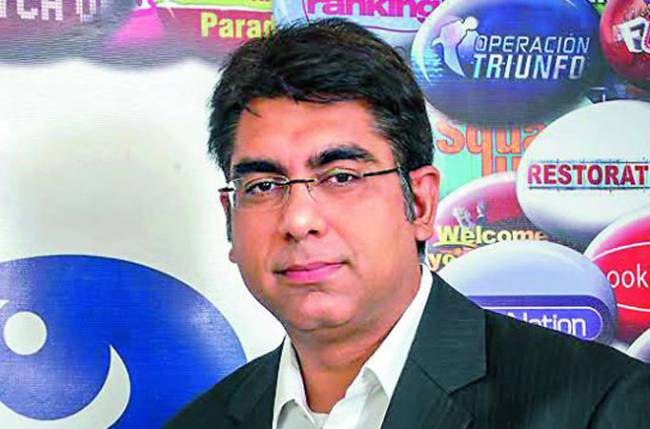 The ‘aam aadmi’ has become the flavour of the season in the country’s reality television space, says Deepak Dhar, who has been contributing to the changing landscape of the Indian TV industry since 1996.
As the Managing Director and CEO of the banner Endemol Shine India, Dhar is currently excited about the upcoming seasons of “Khatron Ke Khiladi” and “Bigg Boss”.
The popular “Bigg Boss” house (Hindi) opened its doors to the commoners last year, and there are a plethora of TV shows, including “Kaun Banega Crorepati” and the myriad talent-based shows which invite non-celebrity talent. Is the audience enjoying that or are celebrity-driven shows still more popular?
“I think of late it’s been about ‘aam janta’ and we are a country where we have been celebrating the common man. People are looking at the content from that place as well. We did that with ‘Bigg Boss’ last year… Brought in common people into the house.”
“People are wanting to see the things outside of the celebrity and personality space. But the trend in our industry is such that you will see celebrity driven shows and formats also very soon. I think they might co-exist,” Dhar told IANS over phone from Mumbai.
Under the Endemol Shine India banner, shows like “Khatron Ke Khiladi” and “Bigg Boss” have gone from strength to strength with eight and 10 seasons respectively.
In the music and dance space, they have “The Voice India”, “The Voice India Kids” and “So You Think You Can Dance India” to their credit. The banner also presented “MasterChef India” in a brand new avatar.
Besides that, they have also produced “The Test Case”, a web series on a woman being trained as a combat officer. It is directed by Nagesh Kukunoor and features Nimrat Kaur.
How exciting is the digital platform?
“I am as much excited about the traditional medium as I am about the digital medium. Both co-exist and offer very different opportunities. We, at Endemol, have catered to the traditional medium as well as the unconventional medium.
“We have pushed the envelope to both the sides. While we do a lot of non-scripted stuff and scripted stuff on Indian television, but the good thing is digital platform allows all the creative people and community to actually think different. It has the widened opportunity for creativity,” he said.
That apart, Dhar is upbeat about the expansion of “Bigg Boss”, which is going regional.
“After ‘Bigg Boss’ Tamil, the show is coming in Bangla, Kannada and so on. ‘Bigg Boss’, as a franchise, is really going strong,” said the industry veteran, who was earlier associated with MTV and Channel V.
Kamal Haasan is hosting the Tamil version of the show, while Junior NTR has been roped in for its Kannada avatar. In Hindi, they already have superstar Salman Khan.
As far as action-adventure show “Khatron Ke Khiladi” is concerned, they have filmmaker Rohit Shetty on board for the new season, shot in Spain. Dhar says the scale of the show is getting bigger with around 70 stunts involved in it.
“A show of this size and scale can only happen internationally because of the strict discipline and the way they conduct the stunts taking care of the safety norms as well. So, we don’t want to take a chance of moving it to India, because for us it is doing really well by shooting internationally,” he added.