Revealed! Sumitra is a witch and Bela’s biggest enemy in Naagin 3 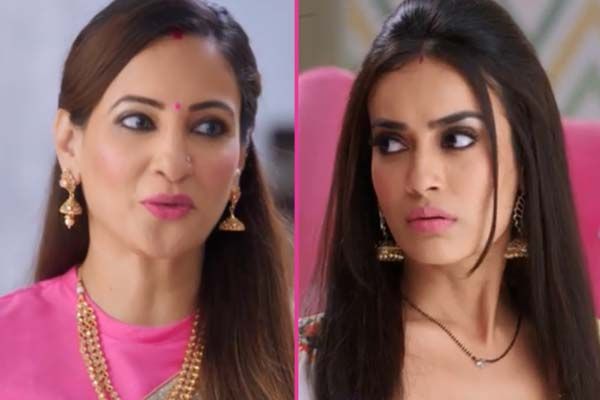 MUMBAI: Naagin 3 has some major revelation drama in store for its viewers. Upcoming episodes are set to reveal huge twists in the show.

But before these episodes are aired, we have a shocking spoiler for you.

Until now, the audience has loved Sumitra (Rakshanda Khan) for her simplicity; however, the episodes to come are going to be a disappointment for fans of this character.

It will soon be revealed that the unassuming Sumitra is not really a simpleton. She is actually a witch. Yes, you read it right!

She will be showcased as the witch who pretended to be a human just to become close to the Naagmani. Bela (Surbhi Jyoti) is the Naagrani who is trying to save the Naagmani. However, Sumitra is her biggest hurdle. As a result, Sumitra becomes Bela’s biggest enemy.

It certainly seems like the episode is going to be a complete dhamaka for loyal fans.

How will Sumitra’s true colours be revealed? Will Bela get to know about this?

Are you excited for this blockbuster episode? Let us know in the comments below.

Stay tuned to this space for more!