#TRPtoppers – Top 10 shows of the week based on TRPs! 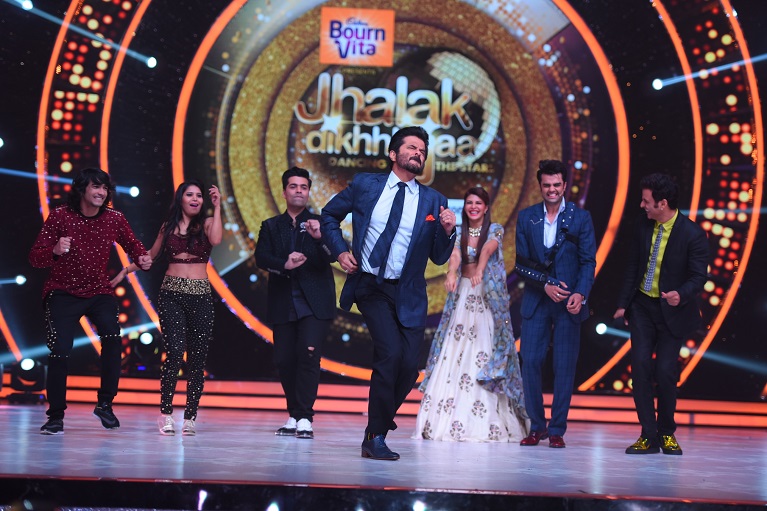 Shantanu’s act on ‘Baby ko Bass pasand’ is not something you could afford to miss!

Shantanu Maheshwari’s Salman Khan act is a superhit and something to look forward to this weekend.
Anil Kapoor & the Judges joined the dancing sensation on the stage after his power-packed dance on Jhalak Dikhlaa Jaa Season 9’s third episode which will be telecast this weekend.

As one of the most awaited celebrity dance reality show Jhalak Dikhlaa Jaa Season 9 made a grand opening two weeks ago with an interesting mix of celebrities, there’s been enough news for the audiences to watch out its upcoming episode.

Apparently, the Dill Dostii Dance actor, who’s touted as one of those young stars on television to join the Jhalak bandwagon is already a hit among the judges & with his first solo performance on Sultan’s hit song ‘Baby ko Bass pasand hai’, he surely did manage to have some eyes rolling.

The guest for the episode, Anil Kapoor, who was on the show to promote his thriller show 24 Season 2, joined Shantanu for a dance followed by other judges.

A source shares, Shantanu is the first contestant on the show to get a complete 10 score. Ganesh Hegde’s famous ‘Happy Dance’ made a debut this Jacqueline for his very first act!
Dancer – Actor Shantanu, who is currently seen in MTV’s Girls on Top rose to recognition after his Desi Hoppers group won the World Dance Championship.

He’s sure to go a long way.