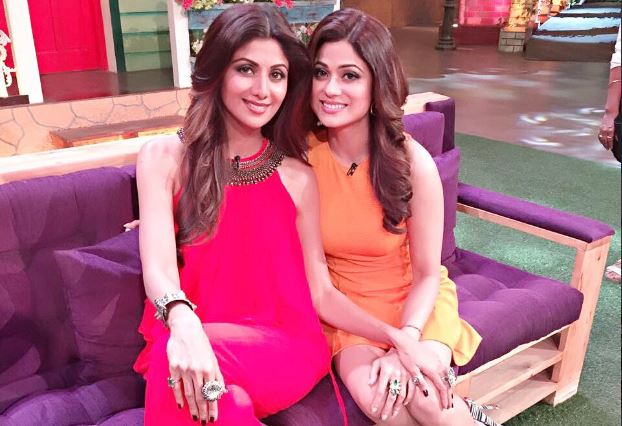 Effervescent beauties Shilpa Shetty and Shamita Shetty will be seen revealing some family secrets on the show!

Kapil Sharma is on the roll these days! The show has literally become the hub of Stardom and Glamour. The next celebrity guests to grace the show are the Shetty Sisters. Effervescent beauties Shilpa Shetty and Shamita Shetty will soon be featuring in the upcoming episodes of The Kapil Sharma Show.

The sisters will be accompanied by Shilpa’s hubby Raj Kundra. And the family’s appearance will also put a rest to the constant rumours of Shilpa and Raj’s marriage being on the rocks.

The sisters will be seen doing a lot of masti on the show and will also reveal some family secrets! Shilpa even shared a snap of her’s with Kapil and promised the audience about all the fun they had while shooting.

Looks like Kapil will be on a different high altogether with two sexy sisters giving him company.