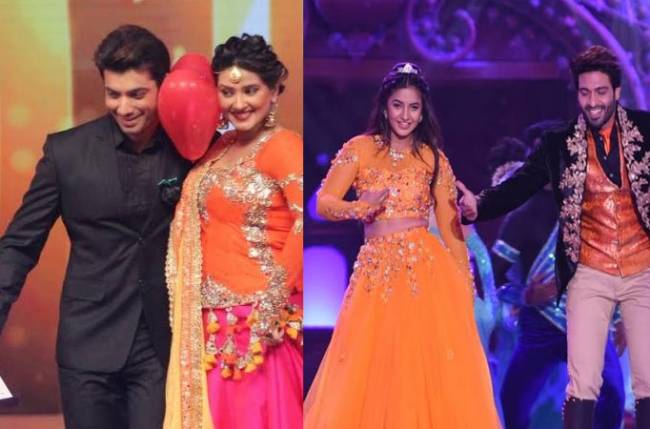 Popular GEC Colors, recently celebrated its Golden Petal Awards where the entire Colors family came together to had a gala time appreciating talents across shows.
Along with the award presentation and performances, the popular characters from various shows also accomplished some fun tasks that were given to them.
The favourite jodis were given a task to lift their on-screen partners on stage, and race with other couple. Everybody managed to lift their partners and run but Sooraj (Vijayendra Kumeria) and Rishi (Ssharad Malhotra) had a tough time, and they lost their balance on stage.
Eventually, Chakor (Meera Deosthale) and Tanuja (Kratika Sengar) had a great fall on stage.
Thankfully none of them were injured in the act and Sooraj-Chakor and Rishi-Tanuja had a good laugh at it.
We are sure it must be a treat for the viewers to watch.