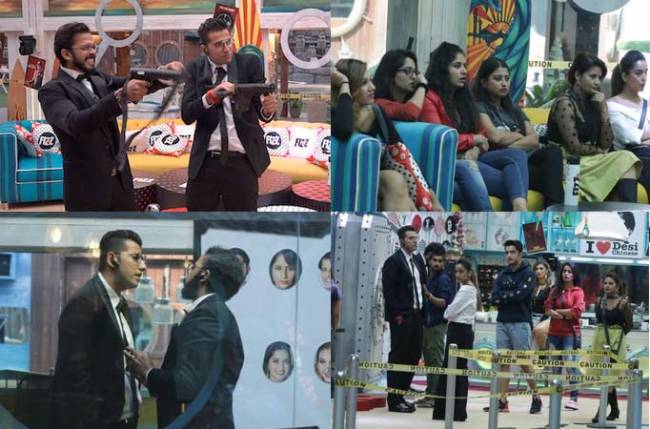 Everything comes with a price, be it friends or enemies, especially in the Bigg Boss house. After several warnings, the contestants continued to break the house rules and Rohit – Sreesanth were levied with punishments where they had to wash huge utensils. Megha being Sreesanth’s friend tried helping him, but the others asked her not to do so as it was a punishment and not a task. Megha refused to listen to anyone and Deepak mocked her saying she is doing this for attention so that she is further visible on screen. His comment triggered a huge argument between the two of them. Romil also took Deepak’s side and stood by him in the fight. Rohit and Sreesanth continued working towards completing the punishment given to them. However, Sreesanth was very upset with Karanvir and wanted to leave the house post his punishment.

Sreesanth was called in the confession room, where he couldn’t hold back his tears and had an emotional breakdown because of the punishment imposed on him. Bigg Boss’ kind words and motivation helped lift his spirit and he returned with a positive perspective.

Another morning and another challenge was awaiting the contestants. It was time for the luxury budget task called – Hitman. Romil and Sreesanth were chosen as the Hitmen of the house. There was a vault which had coins of different amounts. When the house lights went dim, the contestants had to pick a coin a go to their choice of hitman and give them the contract to exterminate one housemate. The hitman with the highest amount would exterminate the contestant and he/she will be out from the captaincy race. At the end of the task, the hitman with the highest amount will automatically be nominated for captaincy. Contestants had to plan it well, as the amount would be subtracted from the winning amount which now stands at INR 45 lacs after Romil buying the immunity ring for 5 lacs.

Will the contestants be able to save the winning amount or their thirst for revenge will take over? Who will pay the price of friendship?