Tejasswi masters the art of sword fighting on ‘Rishta Likhenge

People would like to watch me in movies more than in any web-series: Shah Rukh Khan 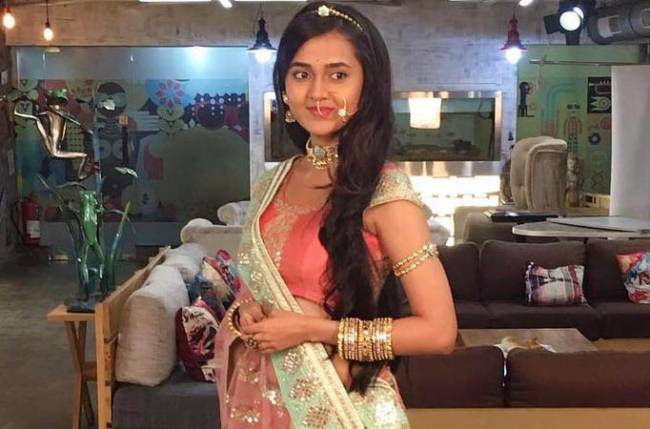 Tejasswi masters the art of sword fighting on ‘Rishta Likhenge
Tejasswi Prakash aka Diya of Rishta Likhenge Hum Naya has become a household name at a very young age through her sheer hard work, commitment, and determination. She is a perfectionist towards her work for which she leaves no stone unturned. She is now mastering the art of swordsmanship.
In the show, her role is of a self-made woman who is bold, faithful and the one whose life is dedicated to safeguarding Ratan’s life played by Rohit Suhanti. To prepare for this challenging role, Tejasswi underwent rigorous training for several action sequences in the form of cartwheels, car stunts and much more. And that’s not all, she underwent complete training to master the skills of Sword fighting from the experts themselves. The task became more difficult when Tejasswi had to fight with a sword in her heavy Rajasthani Lehenga.
She will also be seen performing a 360 degree cart wheel stunt wearing lehengas. This stunts will be seen in the upcoming episode where Diya will be fighting against Bhuwan (Jiten Lalwani) to win the power of Daata Hakum for Ratan.
Talking about this, says Tejasswi, “It was quite challenging to shoot the entire sword fighting sequence, especially a 360-degree cartwheel in fully decked up heavy Rajasthani lehenga and jewellery. However, we got the shot perfect in few takes and the scene has come out really well. Dodging and swinging swords is not an easy task as the swords are heavy. I have worked really hard and thanks to the training workshop, as it helped me a lot in preparing for this challenging role. In fact, the audience will see me performing several action stunts in episodes to come and I am looking forward to everyone’s reaction to the new me.”