#TRPtoppers – Top 10 shows of the week based on TRPs!

Look who will be featured in the Independence Day special episode of Savdhaan India ! 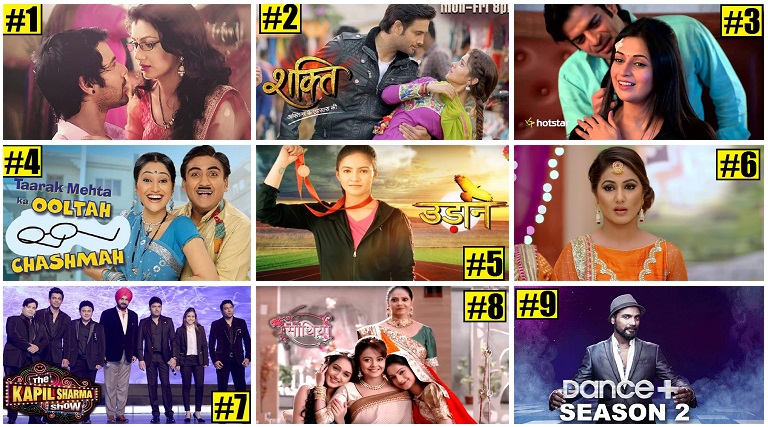 Check out which shows topped the TRP charts this week. Take a look as we list down the shows that are most loved by the audience!

This week was an interesting week for Indian television with a lot of revelations and surprises. We decided to make a countdown of the top 10 shows based on the TRP ratings. Let’s take a look at which shows were viewed the most!

The number 10 slot this week is taken by one of India’s most loved mythological show, Siya Ke Ram. The show is doing really well and has fetched 2.0 points this week!

At number 9 is Dance + 2 with a total of 2.1 points. Looks like India is loving this awesome dance reality show. The show has a long way to go and will definitely climb up the ladder!

The 8th spot is taken by Star Plus’ Saath Nibhana Saathiya. Although the show has come down a few spots on our countdown, the show has received the average points it gets every week and fetched 2.3 points.

The number 5 show this week is Udann. It seems that the audience is loving the drama between Chakor, Imli and Suraj and the show has fetched 2.5 points!

The 4th spot this week is taken by Taarak Mehta Ka Ooltah Chashma! After 8 years and 2000 episodes, the show doesn’t fail to entertain the audience! With 2.5 points, Taarak Mehta is doing really well!

Number 3 is Yeh Hai Mohabbatein with 2.5 points as well. We can see a considerable drop in the TRP’s of YHM and since the show is not bringing new content, it is imminent that the viewership will drop slowly.

The 2nd spot this week is taken by a surprise entry with 2.6 points! Shakti… Astitva Ke Ehsaas Kii has shown what its worth is! The major reveal in the show has pumped up its TRP along by using tools like Cross-Promotions with other shows!

The Number 1 show this week is Kumkum Bhagya yet again, but what’s shocking is that the show has got 4.0 points! With a clear lead, KKB is going to stay at the top for a while!