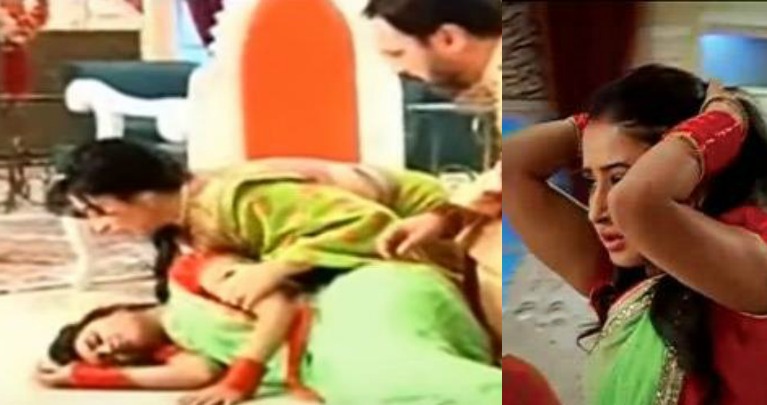 Being under the bandwagon of Colors, we assume this show had it coming!

When a girl gets married, what is the society most inquisitive about?

All they want to hear is about how is the mother-in-law… Does she torture the bride? Does she make her do too much work? Does she keep taunting her?

It’s more fun to know! Accept it or deny it. At some point in time, we all have had this feeling of deriving sadistic pleasure. It is being human and it is normal…

‘Saas’ and ‘Bahu’ have always been like chalk and cheese.

Tapping the same emotional quotient, Colors’ Krishnadasi will churn out a track where the cunning Pavitra (Shweta Mahadik) will pretend to pamper Aaradhya (Sana Amin Sheikh) and spike her drink with a drug!

A source informs, “For now Pavitra is acting like she loves Aaradhya but her main motive is to get Aaradhya kicked out of the house. In an attempt to fake her affection, Pavitra will ask her to consume a ‘spiked’ mango juice which will make her feel restless. What happens next will hold the viewers engagement for long.”

Thinking about what will be so entertaining in the episodes ahead, we dug in more information and we were not surprised with what we learned. This show too could not resist the temptation of adding a flavour of the supernatural element.

But being under the bandwagon of Colors, Krishnadasi had it coming!

Following the suit of supernatural shows, Krishnadasi will see Aaradhya gaining magical powers which can be used against Aryan’s (Shravan Reddy) family! (We truly hope that this supernatural twist is limited only this track and not the entire show.)