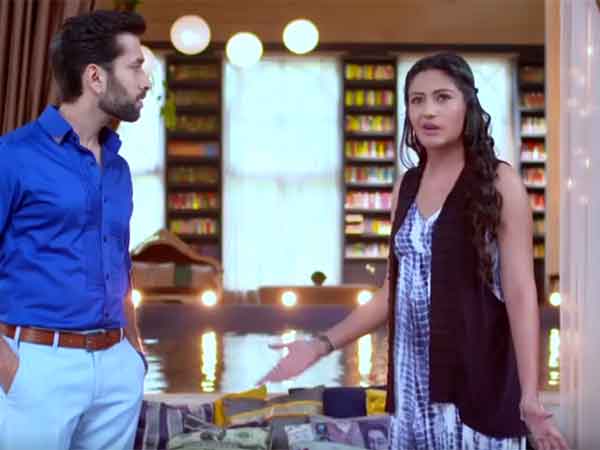 So now you can expect some intense drama in Ishqbaaaz!

Ishqbaaz has taken a new turn ever since Daksh (Karan Khanna) has entered the scene. Earlier, it was revealed that Daksh has paired up with Tia (Navina Bole) and is going to make Anika (Surbhi Chandna) and Shivaay (Nakuul Mehta) pay for all the bad done to her. He, therefore, has now decided to get close to Anika.

This does not remain hidden from Shivaay and he notices the way Daksh has been behaving with Anika. Shivaay, therefore, confronts Daksh about the same, to which, Daksh openly challenges him that he will get Anika anyhow.

Shivaay asks Anika to go home as there is no need for her to work till late in the night. But Anika waits back and spends time with Daksh. Shivaay looks at her and gets angry. He pulls Anika aside and tells her to stay away from Daksh and forcibly takes her home.

Shivaay has confused feelings as he just can’t see Anika getting close to someone else. Daksh gets angry and has now decided to up his game! It would be fun to watch what happens next on Ishqbaaaz!