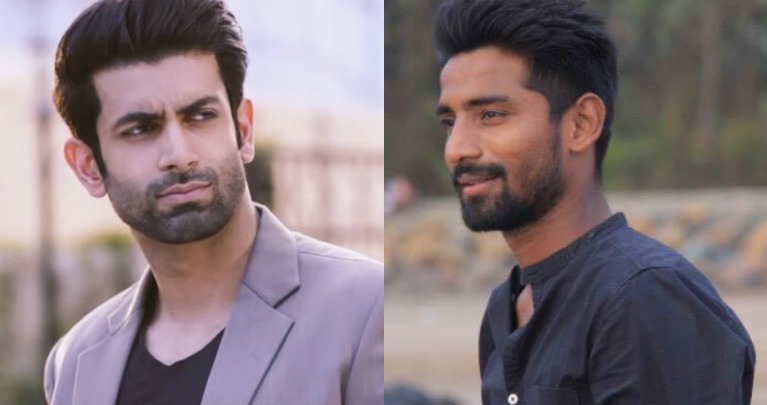 Namik is a very good actor but he should know how to respect people,” says Aijaz Shaikh.

Ek Duje Ke Vaaste has been creating a lot of buzz of late, be it with the lead actors’ ill health, the news of the show going off-air or the fans condemning to the channel’s decision of pulling off the strings of their favourite show…

Creative differences on the television soap set are very common but issues that lead to disharmony and friction, leading to core members quitting the show is something different.

And the same happened recently on the sets of Ek Duje Ke Vaaste. The crew witnessed a major showdown when actor Namik Paul got into a heated argument with director Aijaz Shaikh, owing to which, Aijaz left the show!
It so happened that Namik Paul and Aijaz Shaikh got into a verbal dispute while shooting for a scene and things got so worse that Aijaz didn’t even wait for the shoot to wind up and stormed off.

To confirm the same when we spoke to Aijaz and he revealed, “Yes, I have left the show. I have no issues with the production house. They are really very good. But I had issues with Namik.”

“But since only two days of shooting is remaining, I didn’t want to create an issue because I want to work with them in future. We all are here to work and everyone should know their limits. It’s normal for people of the same age to get comfortable with each other, but there should be respect,” the miffed director added.

Talking about the lead actor Namik, Aijaz said, “Namik is a very good actor but he should know how to respect people. I know people are really liking Namik and he is doing good work and there are fans who really love him, but I feel he could not really handle all this appreciation and got carried away.”

Elaborating further his showdown with Namik he quoted, “It so happened that Namik yelled, ‘Director ka kya kaam hota hai set pe… cameraman makes the block’… which really hurt me. Who is he to tell me things like these? Even Shah Rukh Khan, who is in that position today will never say such kind of words to the director! So who is Namik to teach me my work?”

“A director is the one who teaches you how to give the right expressions. I am working on the project for the past 7-8 months and when Nikita was not there, I was the only one who managed the shoot without the lead actor. When actor throws tantrums on the set, the channel and the makers of the show, both are helpless because actors are the ones who are the face value of the show and people don’t see how much effort goes behind the camera,” he added.
About quitting the show right before it’s end, he said, “Me and Namik had a little argument on the set. It was nothing major but the next day, when I went on the sets, I started getting negative feelings. So I spoke to the producer and they were really sweet to let me go off the project. I don’t want to work with such actors who don’t know how to give respect and who take people for granted.”

Apparently, Aijaz has better plans after this project and he said,”I would love to work as a good director and would also want to try my hands in acting and entertain the audience with good work. And I Promise to all the producers and channels that I will not throw tantrums on the set.” (laughs)…

We also spoke to Namik about the same and he told us, “Its nothing like that. We are of the same age and such things happen. It’s normal.”