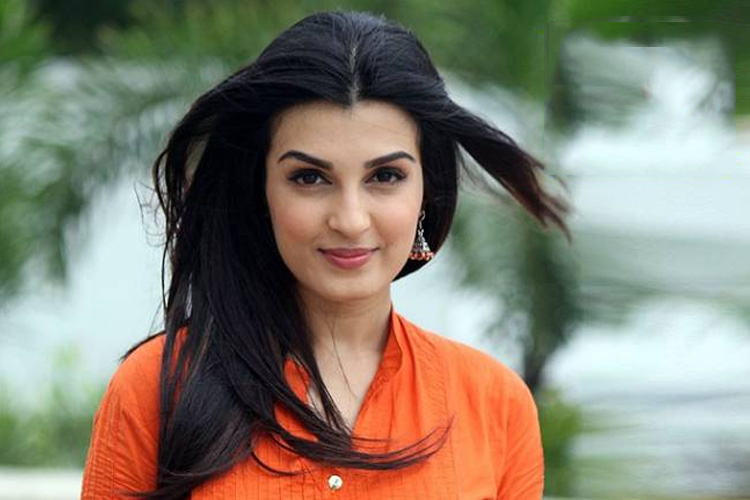 The actress fumes over a leading tabloid for misquoting her…

The popular show, ‘Bahu Hamari Rajni_Kant’ introduced a major twist some time back when actress Shiny Doshi (last seen in ‘Sarojini’) was introduced in the show as Shaan’s (Karan V Grover) friend, Samaira.

With the advancement of the track, this twist was meant to get more exciting as Samaira played the ‘other’ woman in the Shaan-Rajni (Ridhima Pandit) relationship. However, in no means was the character of Samaira negative or catty.

Shiny Doshi’s stint in the show has now come to an end. With not much development of the character and the show not picking up much ratings, a creative decision for the character to exit is being taken.

We contacted Shiny, who said, “Yes. My role in the show has ended and it is an amicable and creative decision. The role of Samaira was meant to be a cameo, but with the ratings not picking up, the makers decide to make the character negative. I had conveyed my concern for Samaira to not turn negative to the producers. The amazing people that they are, they respected that and we had a creative discussion. As an actor, we have to accept the fate of the character we play. At the end of the day, it’s about the show’s ratings and if that isn’t working fine, the makers have the right to take decisions to rectify it.”

We asked her about whether she was ‘upset’ with the role ended, as quoted by a leading news daily. To this, Shiny answered, “I was quoted totally wrong. Words like ‘upset’ or ‘quit’ do not even hold any place in the whole thing. The makers of the show are amazing people and being upset is not even an option. I did mention about not liking the way the character was being developed and the makers came up with a way to fix it. I am totally okay with the decision and in fact, will miss this experience. I cannot believe how wrongly was I quoted.”

On asking her about future projects, she said, “I have been doing back-to-back work for a long time now. So, I am looking forward to a small break and will then resume work.”

We certainly hope you enjoy your well-deserved break Shiny and would root for your comeback.