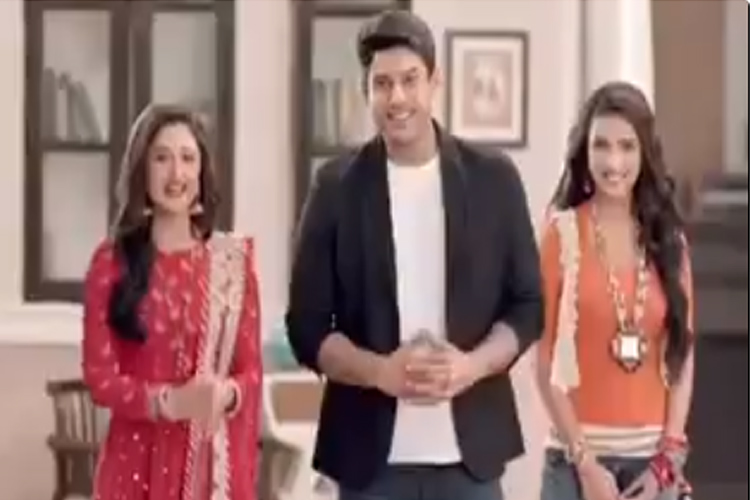 The ‘Tashan-E-Ishq’ actress will be seen in a totally different avatar..

Actress Jasmin Bhasin wowed one and all with her debut show, ‘Tashan-E-Ishq’, where not only did the show run for over one year, successfully; but the leads of the show which include Jasmin herself, Zain Imam and Sidhant Gupta garnered a lot of fandom and appreciation for their performances.

However, once ‘Tashan-E-Ishq’ went off-air, the news about Jasmin being roped in for a NEW show hit the web. Now, with the introductory promo of the show out, the show will soon be hitting the TV screens this October itself.

The show is called, ‘Dil Se Dil Tak’ where Jasmin co-stars Rashami Desai and Siddharth Shukla, where Siddharth makes his long-awaited comeback to the small screen. The show is said to be inspired from the Salman Khan-Rani Mukherji-Preity Zinta starrer film, ‘Chori Chori Chupke Chupke’.

And now with D-Day nearing, Jasmin’s character has been revealed.

While Shaurari (Rashami Desai) and Parth (Siddharth Shukla) are husband-wife, Jasmin’s character is touted to be THAT girl who becomes the source, where the couple will get the happiness of having a kid.

According to a leading news portal, Jasmin will be playing a bar dancer in the show, where she hails from a small village. Also she will be a Gujarati by ethnicity.

Jasmin mentioned how being a true-blue Punjabi, she is finding it really difficult to play a Gujarati character and is going through intense workshops, even watching Gujarati films for her training.

It only fits that Preity Zinta’s character in the film too was a bar dancer and Jasmin will be playing the similar kind in the show.

We wish the trio of the show all the best for this new show..!